Richard "Red" Owens was the founding Godfather of Southeast Polk Wrestling. Red was the head coach from the program's inception in 1964 until his retirement with State Champion Ben Smith ini 1993. During his tenure, Red coached 2 State Champions and  dozens of State Placewinners. Red's teams finished 4th and 7th at the State Tournament and rolled 11 Conference Titles.

Red is a member of the SEP Hall of Fame, Iowa High School Wrestling Hall of Fame, and the National Wrestling Coaches Hall of Fame. Red remained active with SEP Wrestling until his passing and SEP's host tournament (formerly the Holiday Invitational) is named in his honor.

Red was as much a father figure as a coach to scores of SEP wrestlers, spending as much time fishing, mushroom hunting, and roofing houses with his wrestlers as he did coaching them. His own sons, Jason Owens and Patrick Owens, wrestled for their father in the Black & Gold. Red's legacy lives on through the many people's lives he touched and the hard-nosed SEP wrestling style that thrives in the program today.

Red's unexpected passing in Fall, 2012, inspired the Rams throughout the 2012-2013 Season with the mantra #Win4Red. The boys would have made Red proud with their record breaking performances, record crowd at "Red Out" Dual Meet Night, and State Dual and State Traditional Championships in 2013. Type your paragraph here. 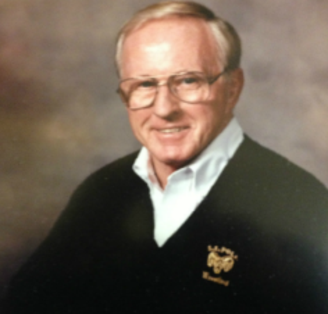 Joseph "Joe" Horton was an Owens Era Southeast Polk wrestler and a true student of the sport. Horton ushered SEP Wrestling into the modern era with a "summer wrestlers make winter champions" mentality. He spent his summers driving wrestlers to Freestyle / Greco Roman tournaments across the State and Nation, coaching any wrestler that desired help - regardless of which school they wrestled for.

Horton spent 8 years at the helm of the wrestling program, coaching 1 State Champion and 10 State Placewinners. Horton's coaching style was simple: perfect the basics and confidence comes from conditioning. Horton's teams finished 7th at the State Tournament. Constant at Horton's side was his long-time assistant, Russ Vermie, whose quick laugh and Far Side humor brought levity and confidence to the program.

Horton's committment to the program knew no bounds. He coached a wrestling meet against Dowling mere hours after his son was born and he involved his entire family in the wrestling process. His father, Mike Horton announced the wrestling meets for decades and wrote wrestling articles for the Altoona Herald, while his mother, Bev Horton, kept dual meet scores and was hands down the biggest fan Southeast Polk Wrestling ever had.

Horton's voice, while no longer calling for more heavy rope jumps, sandbag squats, or 'down the line' drills, can still be heard in the halls of Southeast Polk as an administrator for the school district.Type your paragraph here. 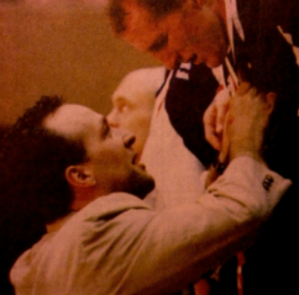 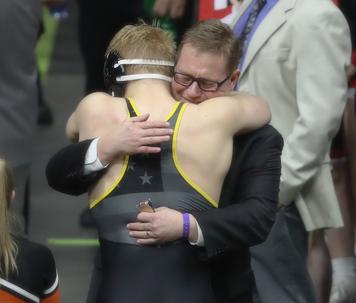 Christenson's Iron Rams Wrestling Club and summer season give Southeast Polk wrestlers hundreds of matches and exposure to talented wrestlers across the Nation. He serves as the Junior Director for the Iowa Wrestling Federation (IWF) for USA Wrestling and was 2007 USA Wrestling National Developmental Coach of the Year.  Christenson has over 300 wins and 380 - 52 at Southeast Polk (as of 2019). The Southeast Polk Gym, frequented by "the Crazies" is a hostile environment for any wrestling team - Christenson has only lost 2 home dual meets in the 18 years as the head coach and remains undefeated at the new SEP high school (10 years later). Christenson's right-hand man of these many years is the best JV damn coach in the Nation, Jeff Evans, along with SEP Alums Jessman Smith and Jesse Smith, teacher Eric Morrow, Jake Agnitsch, and Junior High Coache Tom Koch. Christenson was the Iowa Highschool 3A Wrestling Coach of the Year in both 2001 and 2012.

After 22 years of coaching, Christenson finally got his State Titles in 2013, winning the Iowa State Dual Championship following an undefeated dual season (29-0) and State Traditional Championship scoring 180.5 points (3rd All-Time in 3A) with 13 State Qualifiers (tied all time), 11 State Placewinners, and 3 State Champions.

Chrisenson's Rams continued their streak of title contentions and garnered more State Championships (State Duals and Traditional State) in 2015 with193 points (2nd All-Time in 3A), 2016 (Traditional), 2017 (Duals & Traditional), 2019 (Duals), and 2020 (Duals) - bringing his total to 9 State Championships. Christenson ended his head coaching career serendipitously, placing his son Gabe Christenson's, second gold medal around his neck - in what would be the final high school match of BOTH of their careers. 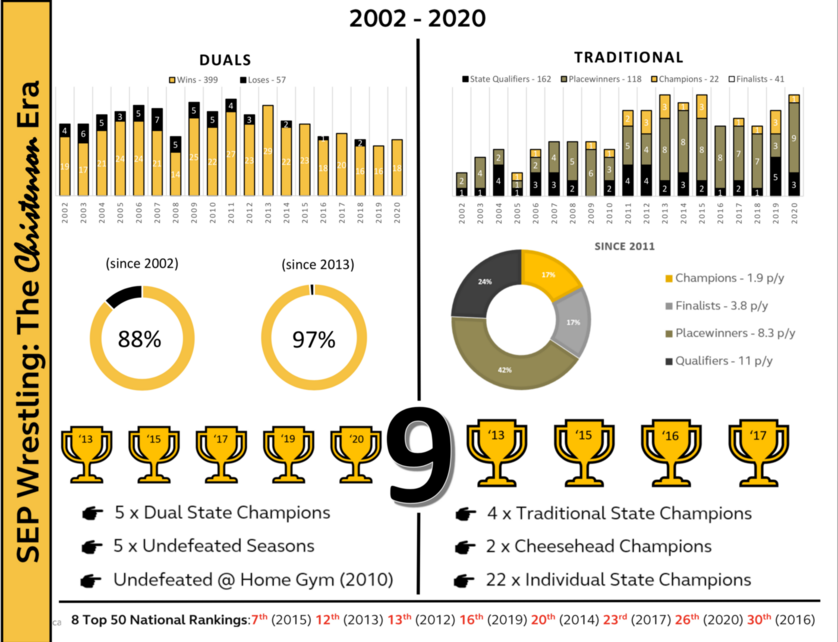